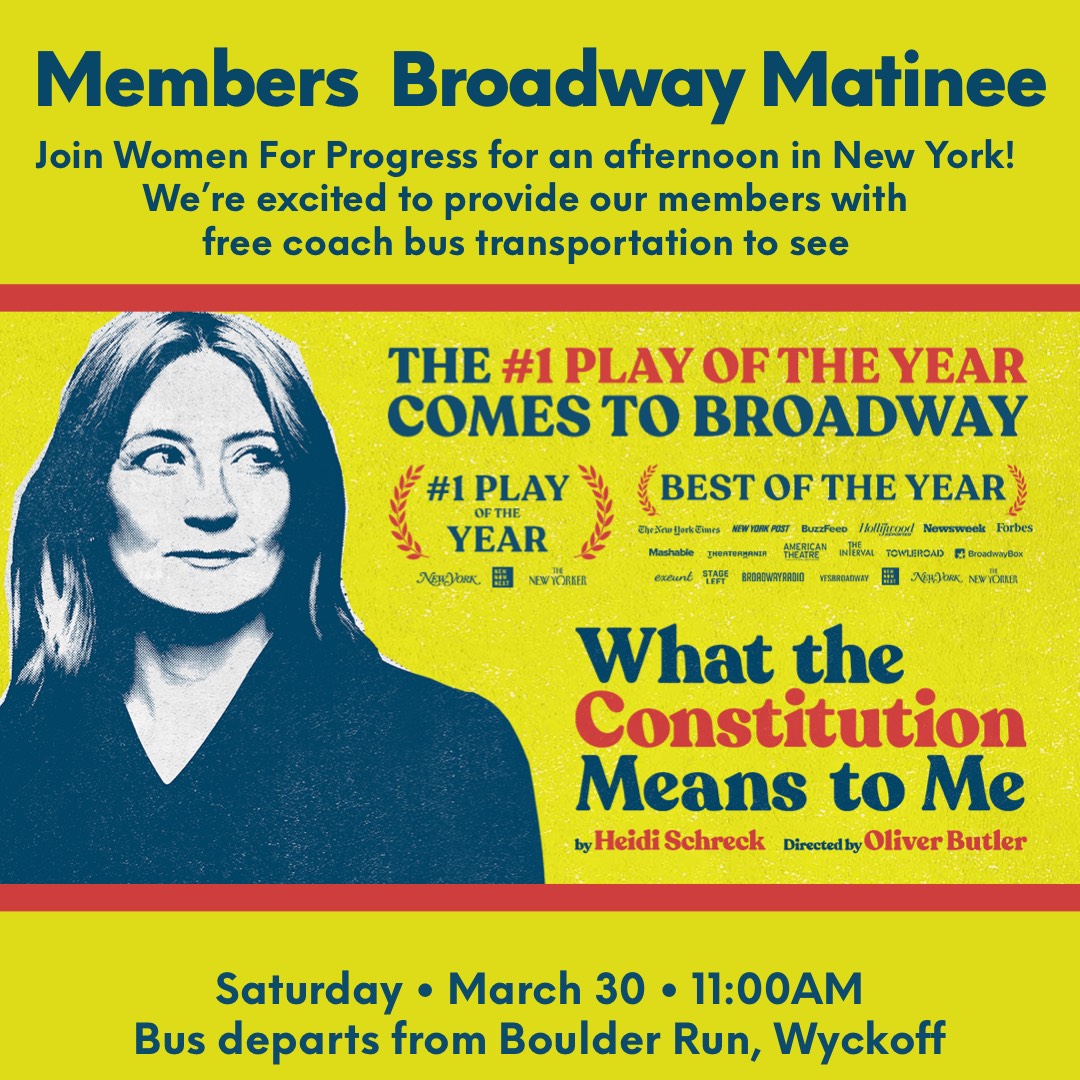 Join WFP members on a free Coach bus ride into New York to see What the Constitution Means To Me. Tickets are $60 each. Members may purchase 2 tickets, which includes Coach bus transportation.

The bus is departing from Boulder Run, Wyckoff at 11:00 a.m. to allow for lunch prior to the performance at 2:00 p.m.

Information on the play:

Direct from its revolutionary Off-Broadway run, WHAT THE CONSTITUTION MEANS TO ME comes to Broadway on March 14 for 12 weeks only. This boundary-breaking new play has been included in more than a dozen Top Ten lists and named the Number One Play of the Year by The New Yorkerand New York Magazine.

Fifteen-year-old Heidi Schreck earned enough money for her college tuition by winning Constitutional debate competitions across the United States. Now, the Obie Award winner resurrects her teenage self in order to trace the profound relationship between four generations of women in her own family and the founding document that dictated their rights and citizenship.

Featuring Schreck alongside Mike Iveson, Rosdely Ciprian and Thursday Williams, and directed by Obie Award winner Oliver Butler, this hilarious, hopeful and “achingly human” (Exeunt Magazine) exploration breathes new life into our Constitution and imagines how it will shape the next generation of American women. The New York Times says it’s “electrifyingly topical and eye-opening,” and Rolling Stone calls it “bracing and strikingly relevant.”