Warning: Trying to access array offset on value of type null in /var/www/www.womenforprogress.com-443/html/wp-content/themes/womenforprogress/single.php on line 11
 Women for Progress | Beyond The March: The Resistance Presses On 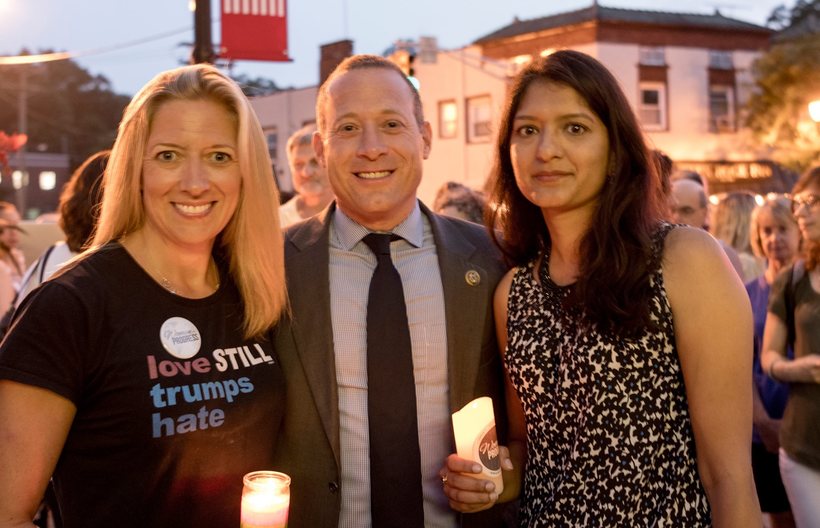 13 Sep Beyond The March: The Resistance Presses On

A reprint of the Huffington Post Article by Caroline Avakian

It has been seven long months since the Women’s March moved millions to gather in their cities and local communities to protest what many felt was the sacrifice of the values and rights they held dear. Local and grassroots resistance leaders that used to convene groups solely on Facebook and other social networks, have formed local meeting groups and nonprofit organizations, and continue to strengthen their organizing power.

We’ve also noticed that as these groups’ community prominence and membership numbers grow, so do their political influence.

This November, New Jersey is having a general election that includes all elected offices at the state level, including Governor, Lieutenant Governor, all 80 seats in the NJ General Assembly, and all 40 seats in the State Senate. In addition, a number of county offices and Freeholders are up for election. It’s a big year for NJ politics and these groups are wielding more power than ever.

In discussion about these women-led activist groups, New Jersey Senator Cory Booker told us, “Democracy is not a spectator sport. In order for it to thrive, it needs a dedicated group of citizens to take action and hold their elected representatives responsible to do what’s right for all Americans. This is exactly how we were able to stop the misguided efforts to strip healthcare away from millions, and how we will continue to hold the line on the policies we fought so hard for. The power of the people is always greater than the people in power, and I am inspired by the work and passion of so many in New Jersey and throughout our great nation.”

I spoke with Erin Chung, President of Women for Progress based in Wyckoff, NJ, on how she is leveraging the energy of the group over the long haul, and getting over any “resistance fatigue” that may have settled in.

“The summer began at the six-month mark of Trump’s presidency and it was probably a good thing as everyone was ready to take a little rest,” Erin Chung told us. “Unfortunately, the president wasn’t. Charlottesville reignited any dormant fires in the hearts of activists.”

Despite the ups and downs, people have continued to stay engaged, and attendance has certainly been growing. As these groups grow more visible and comfortable in addressing big policy issues, so does their membership and local media coverage at events. From rallies, a recent vigil in response to the events in Charlottesville, and educational community events like the upcoming, “Kick Off to New Jersey Elections 2017”, many of these organizations are gearing up for these two critical months prior to the elections and smartly exerting their influence and power.

Phil Murphy, the Democratic Party nominee for Governor of New Jersey told us, “The growth of progressive organizations since last November has been led and fueled by women, and has created entirely new ways for residents to become active and energized about both politics and grassroots activism. I’ve seen this throughout the state, with increased turnouts at events and greater interest in partnering with Democratic campaigns up and down the ballot.”

It seems these New Jersey local community leaders are ready for their next challenge and getting right down to work. Erin Chung said, “In October, it is all hands on deck to get out and help canvas, phone bank, and register people to vote. There is not time to waste.”