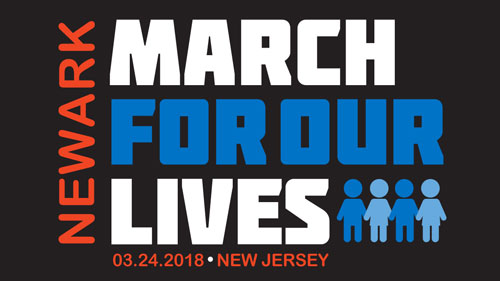 A reprint of the Atlantic Highlands Herald Article by Elizabeth Meyer

The march begins at 10:00am in Military Park, rain or shine, and will wrap up close to 12:00pm. Student activists will run the program and lead the march.

“On March 24th we march for Newark, Parkland, Las Vegas and all of the innumerable localities which have suffered the burdens of irresponsible gun legislation and all of its consequences,” says one of the march’s student leaders, Kira Edgar.

“Newark is in the heart of the youth in this community. Guns have no place in our safe haven,” says Newark student Princess Sabaroche.