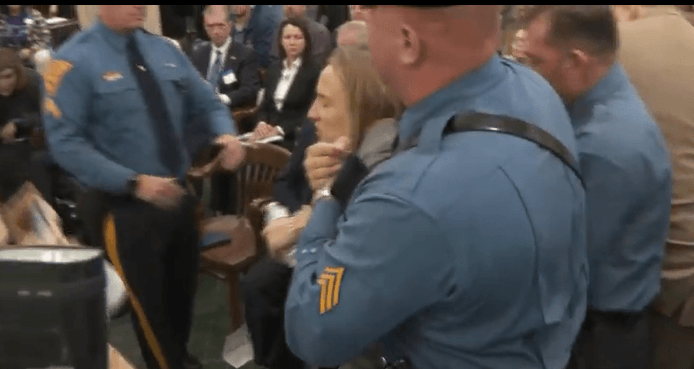 Posted at 13:21h in Press by Mary Taylor

A reprint from Insider NJ

“George Norcross’ shady political machine was unleashed today in public against a grassroots leader who dared to question South Jersey’s unelected political boss. Sue Altman’s forceable removal from the committee hearing for daring to speak out against King George is an affront to our democratic values as a state. She was singled out among a group of advocates in a hearing room stacked by Norcross’ allies in the building trades who were there to cheer for their political patron.

“The state troopers who dragged Sue out of that hearing room were acting at the behest of Senator Bob Smith, who was too cowardly to be confronted with a robust public debate. The stunt backfired – people all over New Jersey have seen the video and have decried the use of force against Sue.

“We refuse to be cowed by George Norcross’ political machine. We refuse to be silenced. We refuse to sit back and watch our legislators – many of whom we helped elect – protect an unelected insurance broker against the interests of the people of New Jersey. We demand an immediate apology for the violation of our democracy today.”