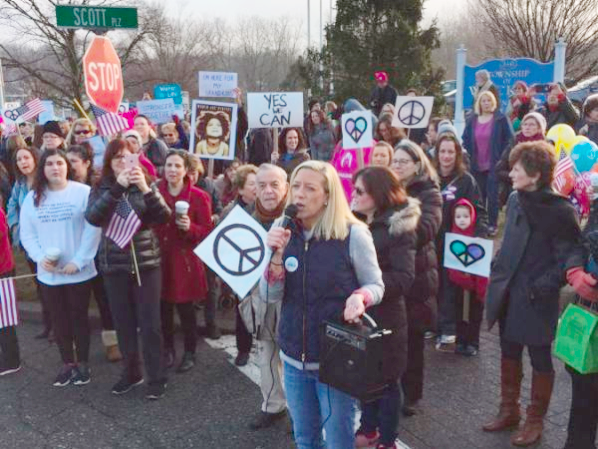 Posted at 09:30h in Press by Mary Taylor

WYCKOFF, N.J. — Thousands of people participated in Women’s Marches on New Jersey in Leonia, Wyckoff and Ridgewood on a crisp winter morning in solidarity with the hundreds of thousands of women who attended the national Women’s March in Washington, D.C.

More than 600 such “sister” marches were held throughout the United States Saturday, including Wyckoff, Pompton Plains and Leonia.

“We will unite in the call for the protection of women’s civil and human rights, and the advancement of racial justice,” YWCA Bergen County CEO Helen Archontou said in a statement. “This moment is, in so many ways, our moment to stand up and support the millions of women and men who will demonstrate as a way to affirm our belief that the strength of our country depends on the strength of women.”