Warning: Trying to access array offset on value of type null in /var/www/www.womenforprogress.com-443/html/wp-content/themes/womenforprogress/single.php on line 11
 Women for Progress | Hundreds protest outside of Supreme Court ahead of Kavanaugh vote 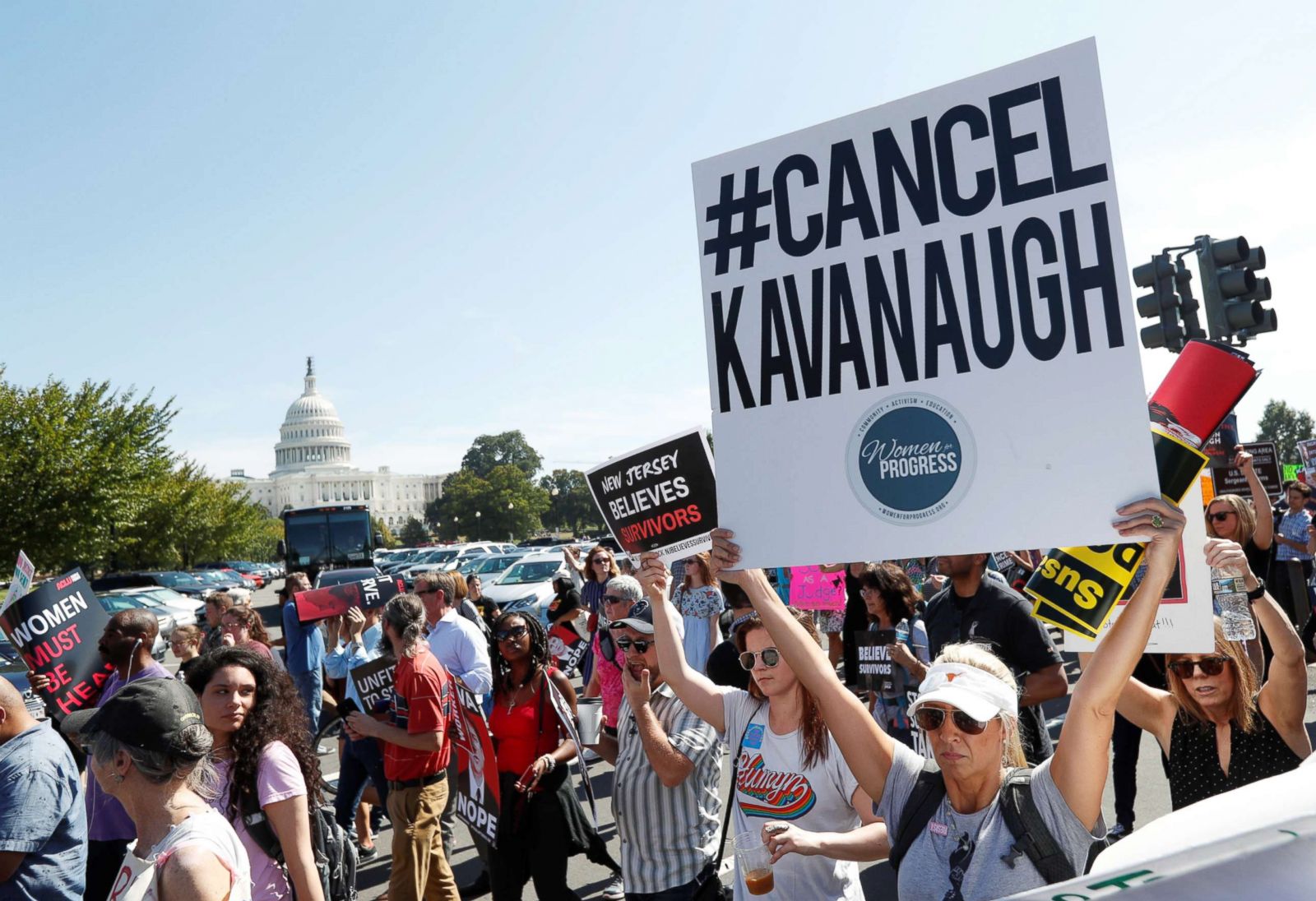 Posted at 21:49h in Press by Mary Taylor

A reprint from ABCnews.com

The debate over Brett Kavanaugh’s nomination spilled into the streets of Washington, D.C., Thursday as hundreds of protesters rallied outside the Supreme Court.

Vocal opponents to President Trump’s nominee for the nation’s high court chanted near the steps of the courthouse; some of Kavanaugh’s supporters demonstrated as well.

Activists hold a protest march and rally in opposition to U.S. Supreme Court nominee Brett Kavanaugh near the U.S. Capitol in Washington, Oct. 4, 2018.
The controversy over Kavanaugh’s nomination is coming to a head now as the Senate prepares to vote on his nomination, likely in the next two days.