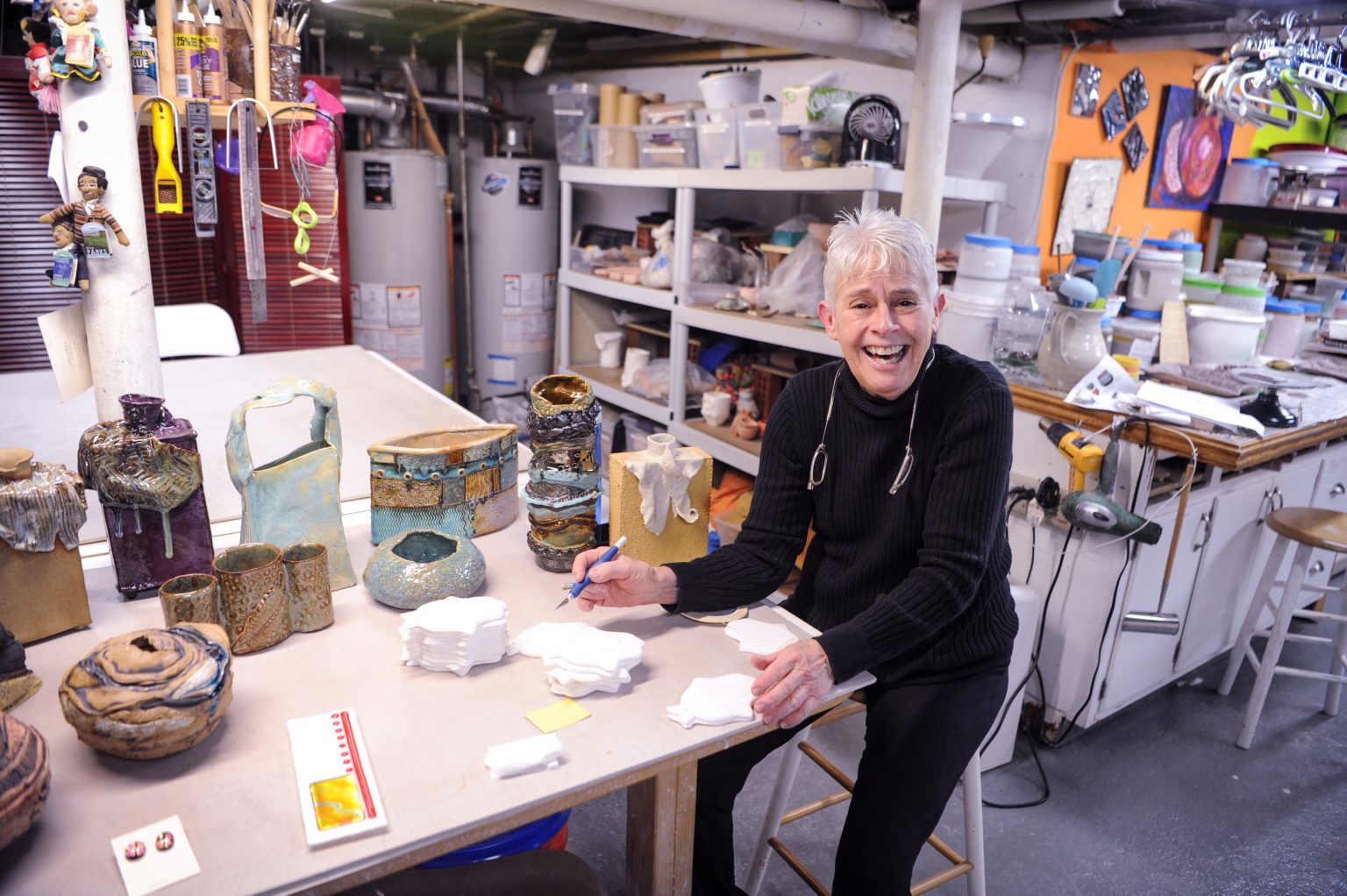 Posted at 11:31h in Press, Women's Health by Mary Taylor

A reprint from Montclair Local.

A woman passing by her booth told Montclair potter Vicki Pollack that if not for Planned Parenthood, she would have died.

Stories like that are part of the reason Pollack organized a craft and holiday gift show three years ago to benefit Planned Parenthood of Metropolitan New Jersey.

Formerly an event planner for United Cerebral Palsy, Pollack knew she wanted to do something proactive after the election of 2016 left her feeling helpless.

She and her daughter, Amy Gurowitz, decided to have a pottery sale to benefit PPMNJ.

“It was the hit they were taking,” said Pollack, speaking last week in her pottery studio in the basement of her Montclair home. “They were made out to be this horrible organization that only provide abortions. And that is factually a small percentage of what they do, because it’s just pretty much reproductive services for women and health care for women and women who don’t have insurance.”

That first sale was at her house, just herself and her daughter. Then the next year, she decided to do something bigger, and ask other craftswomen to be involved. They moved to the Planned Parenthood affiliate home in Montclair. It was important to her that the artists be women. “I think guys are great,” Pollack said with a laugh. “But you know, to me it was making a statement that women are supporting other women.”

This year’s crafts sale is on Nov. 16 and 17. Titled “Hands to Hearts,” it features 13 local women artisans, who will donate 30% of their profits to PPMNJ.

Crafts on sale include jewelry, body creams and lotions, scarves, home decor and jewelry made by women in Uganda, Murano glass jewelry, music boxes, pottery (functional and sculptural), knits, and more. The price of items ranges from about $25 to $250.

A raffle and a sale of baked goods made by members of the grassroots organization Women for Progress, which is co-sponsoring the event, will also raise funds.

Erin Chung, founder and executive director of Women for Progress, is also the interim director of external relations for Planned Parenthood.

Women for Progress, like Pollack’s first sale, was formed out of frustration after the 2016 election, Chung said. “We were a group of frustrated, upset women, who wanted to do something impactful.” Her organization is a 501(c) (4), which means it is a nonprofit that can spend a certain amount of its time in political engagement. Its Facebook group has about 2,100 members, and there are about 200 dues-paying members, Chung said. The group has donated to the ACLU, to Moms Demand Action, and to other organizations, and has held educational events.