Warning: Trying to access array offset on value of type null in /var/www/www.womenforprogress.com-443/html/wp-content/themes/womenforprogress/single.php on line 11
 Women for Progress | N.J. Women’s March organizers: ‘Turn this into a movement’ 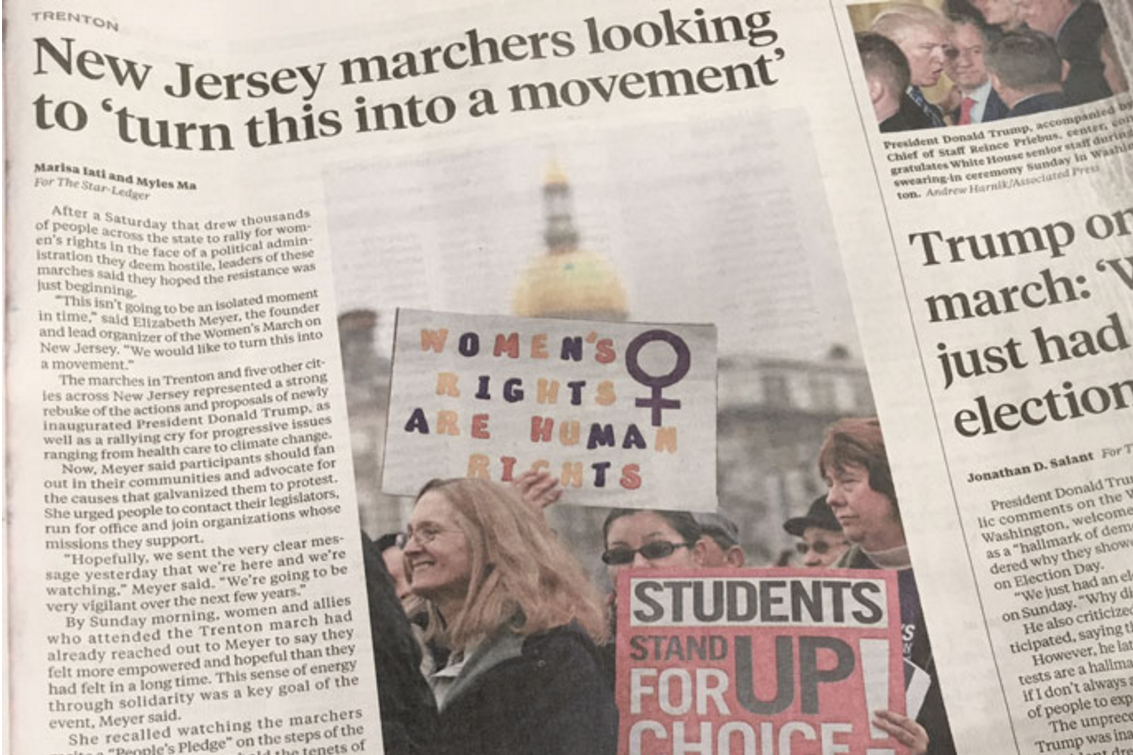 22 Jan N.J. Women’s March organizers: ‘Turn this into a movement’

Posted at 09:23h in Press by Mary Taylor

After a Saturday that drew thousands of people across the state to rally for women’s rights in the face of a political administration they deem hostile, leaders of these marches said they hoped the resistance was just beginning.

“This isn’t going to be an isolated moment in time,” said Elizabeth Meyer, the founder and lead organizer of the Women’s March on New Jersey. “We would like to turn this into a movement.”

The marches in Trenton and five other cities across New Jersey represented a strong rebuke of the actions and proposals of newly inaugurated President Donald Trump, as well as a rallying cry for progressive issues ranging from health care to climate change.