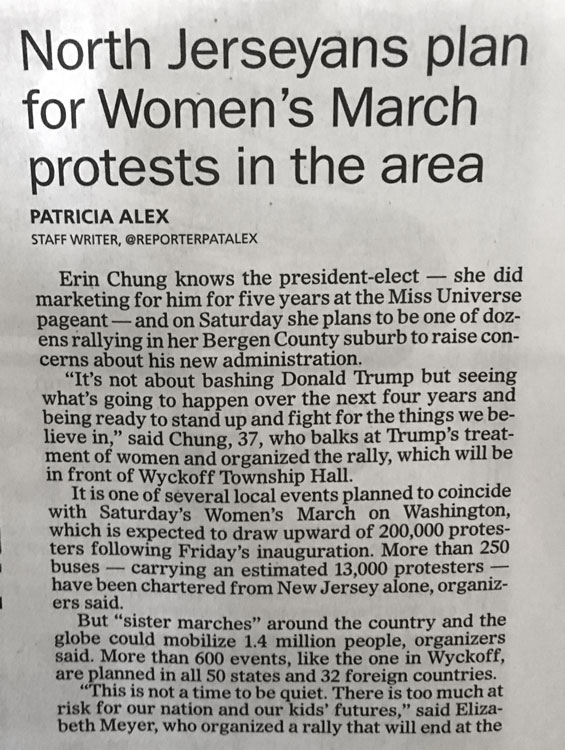 Posted at 08:37h in Press by Mary Taylor

Erin Chung knows the president-elect – she did marketing for him for five years at the Miss Universe pageant – and on Saturday she plans to be one of dozens rallying in her Bergen County suburb to raise concerns about his new administration.

“It’s not about bashing Donald Trump but seeing what’s going to happen over the next four years and being ready to stand up and fight for the things we believe in,” said Chung, 37, who balks at Trump’s treatment of women and organized the rally, which will be in front of Wyckoff Township Hall.