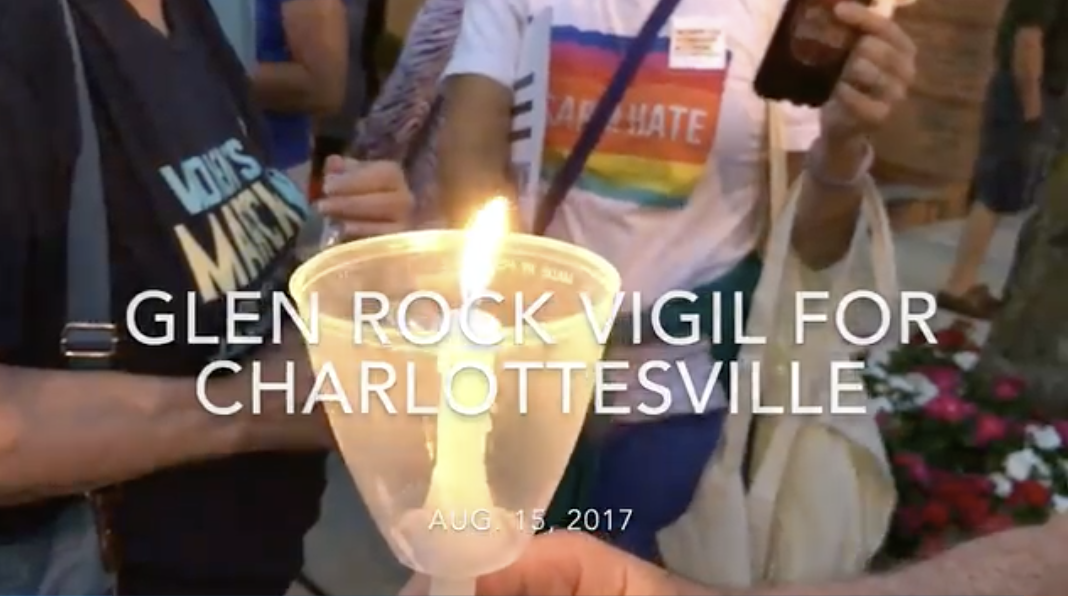 Posted at 12:13h in Equality For All, News, Press by Erin Chung

Women for Progress and Glen Rock After the March hosted a candlelight vigil in solidarity with Charlottesville, Virginia on Aug. 15, 2017 on Rock Road in Glen Rock. Joshua Jongsma/NorthJersey.com

GLEN ROCK — Demonstrators made it clear that hate has no place in Glen Rock during a candlelight vigil held on Tuesday in solidarity with the victims of the violence in Charlottesville, Va.

Over the weekend, hundreds of white nationalists, neo-Nazis and Ku Klux Klan members gathered at the University of Virginia in Charlottesville for one of the largest white supremacist rallies in years. The rally protested the city’s decision to remove a statue of Confederate Gen. Robert E. Lee.

A car plowed into a crowd of counterdemonstrators at the rally, killing one person and injuring more than two dozen others. A pair of Virginia troopers died when a police helicopter monitoring the protests crashed several miles away.

VIGILS: Across North Jersey, people stand up against white nationalism

Around 150 to 200 people gathered on Rock Road on Tuesday night with signs admonishing hate and candles to show love. Erin Chung, founder of the Women for Progress organization, said their members needed an event like the one in Glen Rock.

Women for Progress and Glen Rock After the March co-organized the vigil.

“Mostly it’s just a way to show the public we won’t stand for hate and bigotry in our community,” Chung said, “and that all are all welcome here.”